Where the River Runs – new release from Fleur McDonald

Where the River Runs – new release from Fleur McDonald 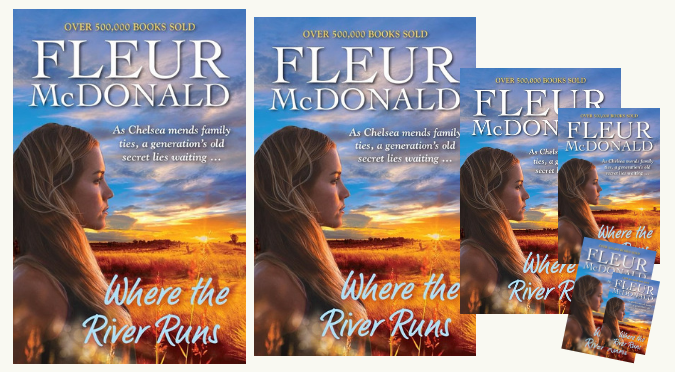 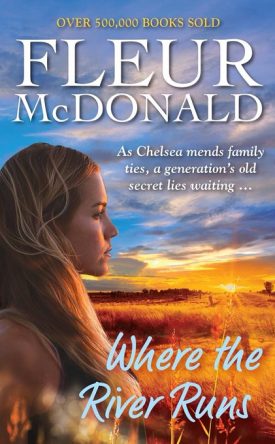 Ten years ago, thirty-year-old Chelsea Taylor left the small country town of Barker and her family’s property to rise to the top as a concert pianist. With talent, ambition and a determination to show them all at home, Chelsea thought she had it made.

Yet here she was, back in Barker, with her four-year-old daughter, Aria, readying herself to face her father, Tom. The father who’d shouted down the phone ten years ago never to come home again.

With an uneasy truce developing, Chelsea and Aria settle into the rhythm of life on the land with Tom and Cal, the farmhand, who seems already to have judged Chelsea badly. Until a shocking discovery is made on the riverbed and Detective Dave Burrows, the local copper, has to tear back generations of family stories to reveal the secrets of the past.

Chelsea just wants a relationship with her dad but will he ever want that too? Or will his memory lapses mean they’ll never get that opportunity?

Excerpt from Where the River Runs by Fleur McDonald

Chelsea drove slowly through the small country town of Barker. Her home town was nestled at the base of the Flinders Ranges and had a population of only a few hundred people. Her eyes searched the streets to see what had changed in the past ten years. The trees that had been planted in the middle of the main street were green and lush, but the lawn beneath them was dry. So dry she’d probably cut the soles of her feet if she ran on it like she and Lily had in the middle of one night, the last summer she’d lived at home.

The town was quiet. The streets were empty and there was a total of three cars parked in front of the supermarket. The supermarket was the first change she noted. It used to be owned by Mrs Chapman; now it boasted the logo of the IGA chain. The newsagency seemed the same, as did the post office across the road. There was a war memorial near the trees in the medium strip, and her mouth pulled up in a half-smile as she remembered the night she’d stayed at Lily’s place and they’d snuck out after midnight to roam the streets. They’d thought they were so adventurous and daring. Barker was as quiet and safe as a church. Ah, the naivety of youth!

But the kids had forgotten that Barker was on the main road between Perth and Sydney so there were strangers passing through all the time. They had just never imagined anything untoward could happen in Barker. It was a sleepy town where nothing exciting took place.

Chelsea pulled into a spot next to one of the cars already parked in front of the supermarket. As she looked around, she realised that the chemist, where she’d always been given black jelly beans by old Mr Ford, had been replaced with a small café. Good, she might be able to get a decent coffee when she came into town.

As Chelsea switched off the engine, she decided she would bet her last pay cheque that the cars parked in the street still wouldn’t be locked and the keys would be in the ignitions. No one ever locked their cars in Barker. Even with the few changes on the main street.

The sleepy voice of her four-year-old daughter, Aria, startled her and she turned around to face the back seat.

Her daughter’s black curls were stuck to her head and her cheeks were flushed.

‘Hello there,’ she smiled. ‘I thought we’d stop for an ice cream.’

‘No, this is the town where I went to school. Do you remember how I told you I had to catch the bus from the farm to school? Papa’s place is a bit more of a drive yet.’

She unclipped her seatbelt and opened the door. Unprepared for the blast of furnace-like heat, she gasped and slammed the door shut, before walking around to get Aria out of her car seat.

‘It’s boiling, Mummy,’ Aria said, pushing her hair back from her face. She was hot and sweaty, but still did a couple of hops and a jump up onto the footpath.

‘Summer in the Flinders Ranges is always hot, honey. I’d forgotten how hot.’ She wiped her long, slim fingers across her brow and pushed her hair from her eyes. ‘Come on, I think the airconditioner will be on inside the shop.’ She pushed open the door and waited for Aria to go in first.

‘Hello,’ said the man behind the counter as she felt the first blast of refreshing cold air.

Chelsea tried to keep the look of shock from her face. Even though she’d realised Mrs Chapman probably wasn’t running the supermarket any longer, she hadn’t expected her to have been replaced by a man who looked like he came from the Middle East. This was Barker, after all, hardly a multicultural hub.

‘Hello,’ she said, gathering herself.

Walking around, she noticed a section dedicated to Middle Eastern and Asian cuisine that never would’ve been in stock if Mrs Chapman still owned the store. And very different to the chops and three veg that her mother used to dish up to her dad every night.

She grabbed a few essentials then lifted Aria up so she could look into the freezer and choose an ice cream. She put her items on the counter and the man rang up the purchases before putting them in a box. No plastic bags here. ‘Where’s Mrs Chapman?’ she asked as she handed over a fifty-dollar note.

‘Who?’ the man gave her a confused glance.

‘Mrs Chapman. The owner. Or doesn’t she own the shop anymore?’ She wondered how well he spoke English.

‘Ah, Gloria,’ he answered fluently, and Chelsea wanted to kick herself for making assumptions. ‘She is no longer here. I bought the shop from her two years ago.’

‘Right. Of course. I guess she’d be pretty old by now. Been a while since I was home.’

‘You used to live here?’

Chelsea nodded and reached down to stop Aria pulling on her T-shirt, wanting her icy pole. ‘Wait, honey.’ Turning back to the man, she answered, ‘Yeah, I’m Tom Taylor’s daughter, Chelsea. Haven’t been home in ten years. I guess a lot has changed.’ Unwrapping the icy pole, she handed it to Aria and picked up the box.

‘It is nice to meet you, Chelsea. And you too, little one. I am Amal. Enjoy your time being in your homeland.’

Giving him a curious smile, she guided Aria out the door. What did he mean, ‘homeland’? How did he know she’d been away overseas? 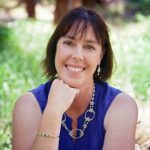 Read more about Fleur, her books, where to find her on your social media platforms, and where to buy Where the River Runs