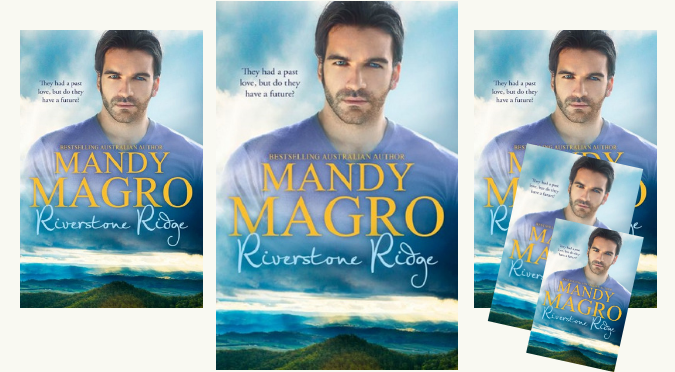 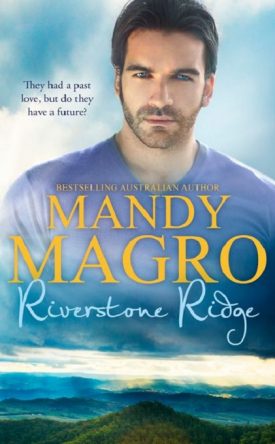 They had a past love, but do they have a future?

After making a mistake that felt like the end of the world to her teenage self, Nina Jones fled the small town of Huntingvale. Now sixteen years later her beloved adoptive mother, Bea, has passed away, forcing Nina to return and decide whether to sell her family home, Riverstone Ridge. But even though Bea can’t be there to help her through it all, she’s left Nina five letters, one sent a week, to finally share the secrets she’d been unable to reveal in life.

For Logan Steele, Nina’s return is the catalyst he’s needed to finally move beyond his tragic past and start living again. But only if she stays. When mysterious and increasingly worrisome accidents start happening around the homestead, both Logan’s cop instincts and his protective feelings toward Nina spur him to investigate. Will he be able to piece together the puzzle of the past in time?

And with dark family secrets emerging from Bea’s last words rippling into the present day, how will Nina find the courage to be truthful to the one man who has always held her heart?

Seething after the horrible events of the day, Nina Jones stripped off her shirt and shorts, shoved her rollerskates out of the way, and quickly checked under her bed one last time before flopping onto it – not that she’d be remaining in it for long. She felt silly, checking for some menacing creature, and deep down knew she’d never find one, but she just couldn’t help herself. Two months shy of turning seventeen, and she was still a little afraid of the dark, was wary of anything she couldn’t see every nook and cranny of, and that included Riverstone Ridge’s top dam. Hell, any dam, to be honest. Why? She hadn’t a clue.

Nina found it strange because she could swim in creeks and rivers, and loved to dunk herself in the ocean, but try and drag her into a dam for a swim, and she’d lose her mind. So many times she’d begrudgingly sat on the bank and watched her mates having a blast in the water on their family farms. They’d always have a crack at coaxing her in, but try as she might, going anywhere past dipping her toes into the shallows was unbearable. The irrational fear was just another thing in her unconventional life that she could toss in the ‘too hard’ basket. How was she meant to know the reasons behind some of her burdens when she didn’t know where she’d come from to begin with? Although thankful for Bea taking her in as a baby, gifting her with her last name, being adopted had its challenges.

A sob rose from her chest, but gathering every bit of wilfulness she was known for, she choked it back. She was not going to shed any more tears, especially over him, or her. Josh Harper didn’t deserve her heartache, nor did Kimberley Lovell. They could have each other as far as she was concerned. It may hurt like hell now, but she’d get through it, she just had to. Thanks to the optimistic nature of her adoptive mum, Beatrice Grace Jones, she believed in a lot of good things. She’d be able to write a list a mile long if asked to, but the male species being virtuous and happily-ever-afters certainly wouldn’t get a look-in, not after what she’d been through. Both her parents had given up on her before she’d even been able to string a sentence together, and she’d just lost her boyfriend and a girl she’d classed as a friend on the very same day, and none of this was through any fault of her own. Well, that’s what Aunty Bea had told her when she’d arrived home in floods of tears from school this afternoon – easy to say, difficult to take on board.

Reliving the sight of Josh and Kimberley groping each other, her aching heart squeezed tighter. Her heart had split in two when she’d busted them behind the sports equipment shed, Kimberley with her blouse unbuttoned and Josh with his hands fondling her breasts and his tongue down her throat. Nina’s best mate, Cassie, had warned her not to date Josh and she should have listened, his reputation of being a player now confirmed – and only days after she’d been stupid enough to lose her virginity to him.

Sighing as though the weight of the world was upon her shoulders, Nina climbed from her tousled bed, dressed only in her bra and undies. Far North Queensland was known for the stifling weather this time of the year, but this was the hottest summer she could remember, the thick heat seeping into her and refusing to give up. Her bedroom feeling like a furnace, she stopped and stood in front of her air-conditioner, groaning in pleasure as the beads of sweat evaporated from her face and belly. Twirling around, she lifted her blonde, shoulder-length hair from her neck – the cool air absolute bliss against her bare skin. The vents rattled despairingly as the ancient appliance competed with the balmy temperature, and then, with a cough and a spit, blew puffs of hot air. She gave it a firm tap, but to no avail – if only they weren’t so expensive to replace, but with everything else that needed tending to around here, Bea had enough to keep up with financially. 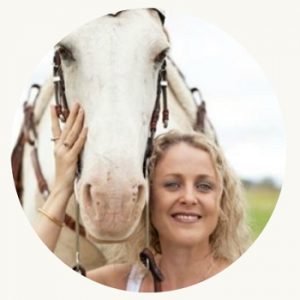