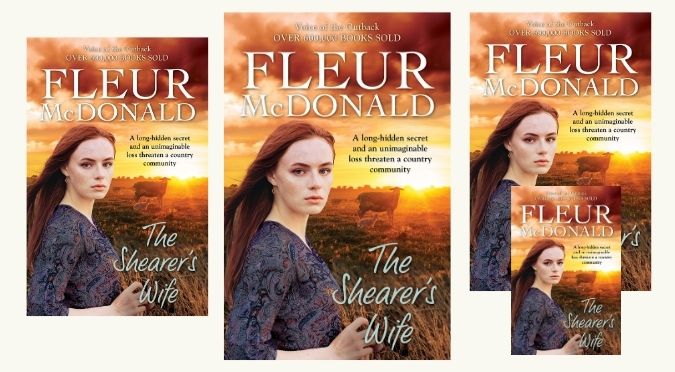 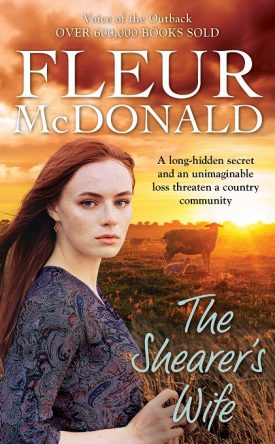 1980: Rose and Ian Kelly arrive in the small South Australian town of Barker for supplies, before driving a further couple of hundred kilometres to begin shearing at Jacksonville Station. Rose, heavily pregnant with their first babies, worries that despite Ian’s impending fatherhood he remains a drifter who dreams of the open road.

2020: When the Australian Federal Police swoop unheralded into Barker and make a shocking arrest for possession of narcotics, Detective Dave Burrows is certain there is more to the story than meets the eye.

After many months of grief over her brother’s illness and death, journalist Zara Ellison is finally ready to begin a new chapter of her life and make a commitment to her boyfriend, Senior Constable Jack Higgins. But when she’s assigned to investigate the Barker arrest, Jack begins to believe that Zara is working against him.

It takes a series of unconnected incidents in Zara’s digging to reveal an almost forgotten thread of mystery as to how these two events, forty years apart, could be connected.

Excerpt from The Shearer’s Wife
by Fleur McDonald

The beige Holden Kingswood wagon pulled to a stop next to the fuel pump at the Golden Fleece roadhouse.

Rose Kelly breathed a sigh of relief and rubbed her hands over her pregnant belly. She felt as big as an elephant and was desperate to get out of the confines of the car.

‘All right then, sweet Rosie?’ Ian, her husband, asked as he reached for his wallet sitting on the bench seat between them.

Rose smiled; she liked when Ian called her ‘sweet Rosie’. His Irish lilt made her sound as if she were an exotic flower. His Irish rose.

‘Not really. I’m really uncomfortable. How long until we get there?’

Ian threw the heavy door open. ‘I’m not sure. Probably half an hour. You’ll be right. You’re only pregnant, not sick. Many women have given birth in the back of a car.’

Rose groaned as she felt a solid kick from inside her, and reached for the door handle. ‘That’d better not be me. I don’t see you hauling around a stomach larger than the Opera House and getting kicked from inside!’

‘Reckon I drag heavier wethers, though.’ Ian grinned and leaned over, patting her leg. ‘You’ll be right, love.’

‘Hmm. You only have to drag one sheep at a time. I’ve got two babies in here, Ian. Two! Could we stay here the night?’ Rose asked, as she hauled herself out of the car. ‘Barker looks like a nice little town. Surely they’d have a room at the pub. I’m really tired.’

Leafy trees lined the quiet street. Only two cars sat parked in front of the local shop. The voices of unseen men rose on the hot, still air: ‘Catch! Catch!’

A cricket match on the oval, on Saturday afternoon, she thought. Maybe there’s a tennis club here. Rose remembered playing tennis when she was at school. A sense of displacement hit her again. The nagging feeling of wanting to stay in one place had started a few months ago, as she’d felt her body swell. Travelling was increasingly awkward and the roads rough as her twin babies bounced inside her. What she wouldn’t do for a house and a garden, somewhere she could walk, potter and cook in a kitchen, instead of being pulled from one shed to the next. They hadn’t been home since they were married twelve months before, on her nineteenth birthday, and it had been longer since she’d seen her family. Not that she was convinced they wanted to see her.

The irony of the situation was not lost on her: when she’d left her hometown, it had been to escape the confines of her strict, religious family, needing to taste freedom and space, and now all she wanted was a home. Somewhere to build a life. To raise her babies. Her babies. Twins. She hadn’t even known twins were possible. She hadn’t known anything, so every part of this pregnancy was new and frightening. Ian had been so proud when she’d told him she was expecting. ‘A baby! Well, it’ll be a boy, for sure.’

Then there had been a bit of spotting and Ian had agreed to stop in a small town so she could visit the hospital.

There, they’d found out she was having twins.

Their accommodation was the same as all the others: one small room for the two of them, nowhere private for a moment’s peace. Rose had to share her new husband with everyone else and there were very few people for her to talk to. Sometimes she wondered how she’d ended up pregnant and on the road at twenty. But she loved and trusted Ian, and was still happy to sit beside him in the passenger seat. She sighed, turning towards him as he spoke.

The fuel attendant came out. ‘How much would you like?’ he asked, unscrewing the fuel cap.

‘Just passing through?’ the man asked, as the smell of fuel rose into the air.

‘Nah, be around for a few weeks. Got a bit of work out at a shed just north of here.’ Ian walked away from the car and stretched. ‘Out at Jacksonville.’

‘Ian Kelly, at your service.’ He held out his hand and the other man shook it.

‘Stuart Martin. Good people out there at Jacksonville.’ He glanced across at Rose. ‘Long way to the hospital from there though. Nearly an hour’s drive when the road’s good. Get a thunderstorm and you’ll be stuck for a while.’

‘An hour, you say?’ Ian answered. ‘Thanks, I’ll keep that in mind. Haven’t been there before. Good to hear they’re nice.’

‘Can’t go wrong with Ross and Ali Barton. Top shelf.’ He looked over at Rose. ‘Long to go?’

‘A month or so yet. I wish they would arrive sooner,’ Rose said, pushing her red hair away from her forehead. ‘I’m sick of being fat and beaten up from the inside.’ She paused. ‘That sun’s got some bite in it.’ She fanned her face. Another kick and she clutched her belly, unable to stop from groaning aloud.

‘Rose?’ Ian took a step towards her.

An older woman, dressed in jeans and a shirt, walked out of the roadhouse, her blonde ponytail bouncing behind her. ‘Hello! Oh, are you all right there?’ She glanced at Ian as he put his hand on Rose’s shoulder. ‘Take some deep breaths now. That’s right, in and out.’

Rose focused on the woman’s voice and did what she was told. The woman squatted down in front of her and smiled encouragingly. ‘Well done. Keep breathing.’ She turned tol ook up at Ian. ‘Is she having contractions?’

‘How the hell do I know? She was fine in the car a minute ago.’ Ian took a couple of steps back, looking shaken.

Rose flapped her hands and shook her head. ‘No,’ she said when the pain receded. ‘No, I’m fine. I get these cramps occasionally, and they go again.’ She stood upright and looked at Ian. ‘I’m fine, honest.’

‘Come on, let’s get you inside, out of the sun. I think a cold drink will do you wonders.’

‘That would be wonderful, thank you,’ Rose said, as the woman turned to walk inside.

Rose planted her hand on her lower back as she plodded beside her, still marvelling at the change in her centre of gravity; her belly leading the way. ‘I’m Rose.’

‘I’m Evie,’ the older woman smiled as she ushered Rose inside. ‘How long to go?’

‘Not soon enough! Twins, if you can believe it. Baptism by fire!’

‘I can,’ Evie replied. ‘You’re big enough. Those cramps you’re getting are probably Braxton Hicks. And you’re right, they come and go a bit.’ 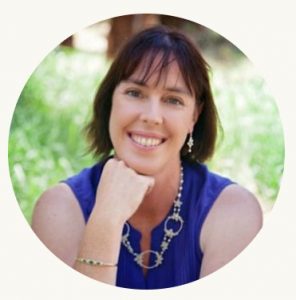