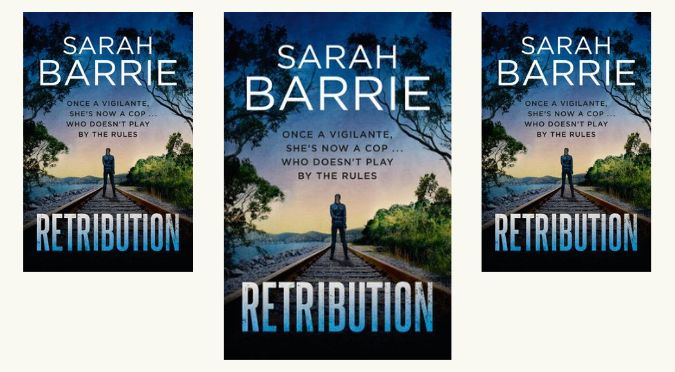 Once a vigilante, she’s now a cop … but she still plays by her own rules.

‘A fast-paced, suspenseful thriller for readers of Candice Fox and Sarah Bailey.’ 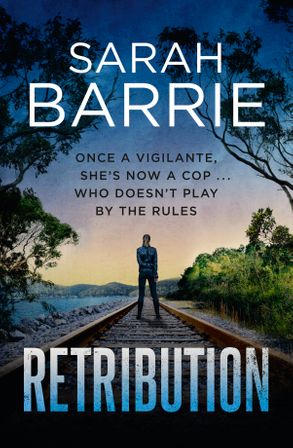 Ace hacker, ex-prostitute, Jack Daniels drinker and part-time vigilante Lexi Winter returns, now working with the police – mostly – with a new enemy in the target and an old foe at the back of her mind.

Most probationary constables would baulk at chasing a drug dealer into a train tunnel in the dead of night. Not Lexi Winter. She emerges injured but alive, to face the wrath of her boss. Lexi may now be in uniform, but she has as much trouble with authority as ever, and is quietly using her hacking skills to investigate a notorious drug-dealing Sydney crime family with links to her old prey, the paedophile Damon Vaughn.

Meanwhile, Detective Sergeant Finn Carson investigates a death on a Sydney building site … which oddly enough, leads him to the picturesque Wondabyne station on the Hawkesbury River, and Inspector Rachael Langley oversees an investigation that could tie it all together. Lexi holds the key … if only she’ll toe the line …

We have an excerpt for you!
But first, a few words from Sarah Barrie…

I’m so pleased to be able to share an excerpt from my newly released novel, Retribution. Those who’ve read Unforgiven will already be familiar with Lexi. In Retribution, you’ll see she might have decided to give this cop thing a go, but she doesn’t easily fit the mould.

Much of this book is set in and around Wondabyne, just north of Sydney, so many of you may know it. It’s a beautiful spot… mostly. But there are a few hidden horrors Lexi and Finn encounter along the way. Oh, and a fun fact: Joshua Burdick from the fabulous creative team at Harper Collins took a train ride out to Wondabyne in order to take an authentic photo of the area for the cover!

I hope you enjoy reading Lexi’s next story as much as I enjoyed writing it.

Excerpt from Retribution
by Sarah Barrie

‘Lexi! Wait!’ I hear as I charge into the gaping darkness of Woy Woy railway tunnel.

Nope. I am absolutely not waiting. I can run this little shit down. I know I can. The beam of my torch bounces erratically off the arched brick walls as I leap over one of two sets of steel tracks and smash through loose gravel, doing my best to keep said little shit in sight. My lungs are burning, both from the exertion of the sprint and the musty, stale air.

I should call out again, but I don’t think I can talk and still breathe. My target isn’t listening anyway. He’s completely pumped on whatever he’s taken and is kind of dance-running along the northbound rail line, his spray cans rattling as he haphazardly hits the wall with streaks of the same red and gold paint with which he’d decorated a nearby warehouse wall. I’ve seen the tag—a large gold crystal spearing from a stylised red G—in a few local spots. It’s quite well done, but vandalism is vandalism.

I thought I could run this little shit down. Now I’m not so sure. I desperately need to stop and as he’s showing no signs of slowing, I’m briefly tempted to leave him to it. He’ll have to come back eventually. I’m not sure many trains run through here in the early hours of the morning. A pissed-off corner of my brain is telling me his untimely death via a speeding passenger train wouldn’t be any great loss to society, but I’m not allowed to think like that. Now that I’m Constable Lexi Winter, a paid member of the New South Wales Police Force, albeit a probationary one, I’m supposed to value all life and risk my own to save the little shits of the world so they can live on and, in the case of the two we’re after tonight, keep being little shits. At least this one, along with the one my partner just caught, might spend some time behind bars. Last week they used some pretty impressive parkour skills to evade capture after beating a cop unconscious for trying to search them. I can safely say they either don’t value or are incapable of higher learning. Because here we are.

The short, sharp warning sound of a train entering the tunnel echoes along the walls. Shit! I stumble to a stop, resting my hands on my knees to drag in air as I contemplate my next move. A small, blinding light bursts into view at the end of the stupidly long tunnel, becomes larger as the train approaches and the engine noise intensifies to a roar. That light illuminates the silhouette of the tagger now hot-stepping it back in my direction. The blast of the train horn sounds again and the squealing of brakes suggests the driver is doing his or her best to slow down, but it’s not a quick process and the stupid little shit is still running down the middle of its same track.

‘Fuck me.’ I ignore my terror and force my jelly-legs back into action. I reach the little shit in a few more strides and yank at his arm, sending him stumbling out of the train’s path and onto the southbound line. Despite the brakes, the passenger train hurtles past us with another ear-splitting blare of the horn. There’s several seconds of wind that could kick your feet out from under you and those images I can now confirm flash before your eyes when you think you’re about to die. Then it’s gone.

My ears are ringing and my legs are unsteady as my heart struggles to return to its normal rhythm. Little shit has scrambled against the tunnel wall, staring at the disappearing train like a kid at a Christmas tree.

‘How the fuck could you possibly think I missed it?’ I snap.

I draw in a few more much-needed deep breaths while I put myself back in the right headspace to resume being a police officer. We need to move before the next train tries to kill us.

‘Get on your stomach!’ I say, pushing him backwards onto the ground and rolling him over. I drop my knee into the small of his back and I’m met with little resistance as I pull one hand around his back, then the other, cuffing them together. I pat him down, check­ing for weapons, and pull a four-inch flick knife from his left pocket. I scramble off him and grab his arm. ‘Get up. You’re under arrest.’

‘For what?’ he whines, sounding about ten years old.

‘You have the right to—’

‘I haven’t done anything wrong!’ He attempts to turn his head to look at me, almost falling over his own feet in the process.

I continue my spiel as he continues his protests, and though his professions of innocence had started out whiny, it’s not long before I hear aggression leaking in.

‘Let’s just get you safely out of here, okay?’ I tell him in a tone reminiscent of a kindergarten teacher. I know how drugs can affect users, have seen many times how quickly addicts can go from chilled out to manic, especially if it’s courtesy of methamphetamine. As I’m pretty sure that’s what this one’s on, I really need to keep him calm and moving back to Rico. I learned a few self-defence moves at the academy, and I’m sure as hell a lot fitter than I used to be due to of the program’s medieval torture routines, but I’ve also seen how unbelievably strong and violent a teen on meth can be and I don’t want to have to face that. ‘Trains are dangerous.’

‘Trains are dangerous,’ he repeats and begins charging ahead so I have to jog-walk to keep a hand on him. Relief floods through me as we reach the exit and I hear Rico calling out.

‘Here!’ I shout and wave the torch around. Once out of the tun­nel, I have no problem spotting him jogging towards us, but neither does little shit and it trips a switch in his drug-fogged brain. He knocks into me hard. 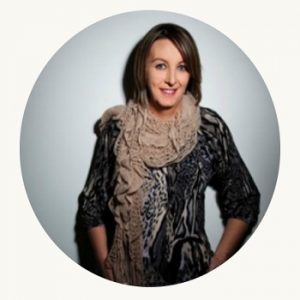 The promise of romance…the terror of isolation and evil

Read more about Sarah Barrie and her books