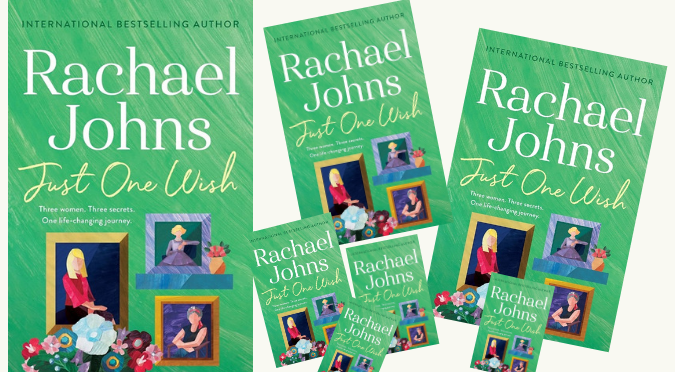 Read a few words from Rachael, read an excerpt, and read Rachael’s answers to The 5 Big Questions 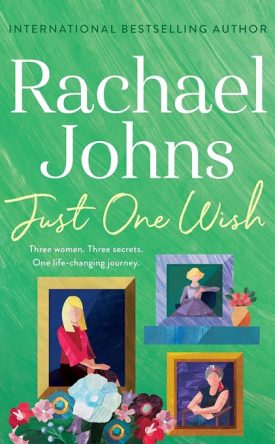 Alice has always been a trailblazer as a scientist, activist and mother. She knew her choices would involve sacrifices, but now, on the eve of her eightieth birthday, she’s beginning to wonder if she’s sacrificed too much.

Alice’s daughter, Sappho, rebelled against her unconventional upbringing, choosing to marry young and embrace life as a homemaker, but her status as a domestic goddess has recently taken a surprising turn.

Ged has always been the peacemaker between her grandmother and mother. A tenacious journalist, she knows what she wants in life and love, yet when everything in her world starts falling apart, she begins to question whether she really knows anyone at all.

At a crossroads in each of their lives, Alice, Sappho and Ged embark on a celebratory trip together, but instead of bringing them closer, the holiday sparks life-changing consequences and lifts the lid on a fifty-year-old secret.

Can Ged rescue her family if their story is built on a betrayal?

From bestselling, ABIA award-winning author Rachael Johns comes an engrossing and wise novel about ambition, choices and what it means to be a woman.

I’m so excited to share JUST ONE WISH with the wonderful Australian Fiction Authors website readers. This book was a hoot to write and although it touches on some serious issues (women’s rights, grief, illness, identity to name but a few), I think it does so with humour and heart and I hope you’ll enjoy reading it as much as I (mostly) enjoyed writing it. The little extract below gives glimpse into my main character and one of her love interests (yep, that’s right, she has more than one). Both she and Jay (featured below) are on an Elvis tribute cruise with their family and neither of them are particularly overjoyed about it.

Excerpt from Just One Wish by Rachael Johns

Perhaps ten minutes later, a shadow walked past me and I looked up from my laptop to see the guy from the gym dropping a towel on the lounger beside me. I sucked in a breath as he proceeded to rip his shirt over his head. Was he for real? I didn’t know if the water was heated but the temperature surrounding it was certainly not. He couldn’t seriously be going swimming. And why did he insist on dumping his things right next to me when there were at least twenty other vacant loungers?

Once again, he caught me gawking. ‘We meet again.’

‘That’s usually what one does in a pool,’ he said as if I was the crazy one for asking such a question.

Before I could think of a sarcastic response, he turned and swooped into the pool, droplets of water exploding out of it and all over me. My crankiness escalated to a whole other level as I wiped water off my keyboard.

Oblivious, he started churning through the water as if he was in training for the Olympics or something. The pool wasn’t very long, so he only managed a few strokes with his longer-than-normal arms, before doing one of those fancy underwater summersault things and turning back the other way. I might not be an expert in all things swimming, but he was pretty good. Maybe he was in training for the Olympics.

Aside from watching the odd game of the Australian Open, I didn’t pay much attention to the sports news. He could be a record holder, a gold medallist or number one in the world and I wouldn’t recognise him. Christos would. Did I mention he’s the editor for the sports’ pages?

Not that I wanted to think about him.

Shaking my head, I was about to down the last of my wine and leave when I decided that would mean the exercise junkie had got the better of me, so I turned my attention back to my notes.

After a while, I stumbled over to the bar for another glass of wine and then returned to the lounger. I raised my knees and rested the laptop on them so when appearing to glance at the screen, my eyes were also on the pool. I wasn’t sure if it was the wine or the view, but I felt my grouchiness lessening with each lap he swam. When he eventually pushed his arms against the edge of the pool to heave himself out, I had to bite my lip to stifle my groan of disappointment. Saying that, the actual act of him climbing out was something to appreciate in itself.

Those arms! Those thighs! He almost made me want to buy some pencils and take up life-drawing.

As he stood our eyes met and he swaggered over to me. He scooped up his towel and, despite the voices in my head telling me to look away, I couldn’t.

‘What kind of person works on a holiday?’ he asked as he ran the towel over his head.

I gave him a dirty look—did he think he was funny?—and wracked my brain for a witty answer. Too much time passed. His thick ginger eyebrows raised in anticipation. Ginger eyebrows should not be attractive, but somehow his defied the laws of nature. ‘Who said I was working? Maybe I’m writing a holiday journal?’

‘On a laptop?’ He moved the towel lower, rubbing it quickly over his chest before wrapping it around his waist and plonking himself down on the lounger beside me.

‘Yes, is there some law against that?’

‘So what have you written so far? We’ve only been on board a few hours.’

It would really be much better if he were mute.

‘I’m not telling you.’ I snapped my laptop shut .‘It’s private.’

‘Fair enough.’ He leaned back into the lounger and linked his hands behind his head as if settling in for the long haul.

I took another sip of my wine. ‘Aren’t you supposed to put a tracksuit or something on after exercise?’

He chuckled. ‘You got a problem with my bare skin?’

I almost choked on my wine. ‘No. Be cold if you want.’

Silence lingered between us a few long moments. I thought about getting up and leaving but again, I didn’t want him to think he’d won. For some reason, it felt like we were in a competition.

‘So … what’s a pretty girl like you doing all alone on a cruise ship?’ he asked eventually.

Was he hitting on me? ‘What makes you think I’m alone?’

‘Because I’ve seen you twice today and both times you haven’t been with anyone. You also seem on edge, kinda depressed. I haven’t seen you smile once.’

Now that was the pot calling the kettle black. ‘Do you always say exactly what’s on your mind?’

‘Yep. I wasn’t put on this earth to pretty up the truth for others.’

‘Really?’ I couldn’t help but smirk. ‘So what exactly were you put on this earth for? To irritate people like me?’

I think he almost smiled. ‘No. That’s just an added bonus. What’s your name anyway?’

From bestselling, ABIA award-winning author Rachael Johns comes an engrossing and wise novel about ambition, choices and what it means to be a woman.

I think if I was doing nothing else it would have been about four months, but during this time I also moved into a new house and did three weeks of events and promotion for last year’s release, so I think the writing stretched over about six months.

This was the first book I’ve ever written in first person point-of-view and I second-guessed this quite a lot as I was writing, which led to a lot of crippling doubt. You see there are three main characters and I have always written my women’s fiction novels from multiple point-of-views but Ged, the youngers of the three generations of women in JUST ONE WISH, demanded that she be the only one telling the story and that it be from first person. As someone who had never even really enjoyed reading first person narratives until then, this was a bit of a shock to my system. It can be infuriating when character’s take over!

Finishing it? Nah, seriously, it probably was the rewriting process. My publisher was very tough on me when I handed in this book – she did not think it was my best work and believed it was lacking the depth of my other books – and she demanded I take another look at it. She believed I could turn it into a good book, and it was her belief that kept me going through a massive structural edit. And, although this was hard, it was also wonderful in that it I now have a much better book to share with all my wonderful readers.

I think it’s a weird cocktail of nerves and excitement. I hold my breath waiting for the first few reviews, terrified that everyone will hate it. Although I know that not everyone is ever going to love every book I write, it’s always wonderful when those first few reviews are positive. Thankfully so far the pre-release feedback for JUST ONE WISH has been amazing, so I think I feel more excited than nervous this time.

Shout it from the rooftops. Or if they’re scared of heights, then they could do is to write a review online at Goodreads or wherever they bought the book and post about it on social media, letting their friends know the fun and relaxation they got from reading it. It’s always lovely to email or message and let me know personally as well – I do try to reply to every bit of correspondence I get and knowing readers are out there loving my books makes slogging away at the keyboard working on that next one just that little bit easier. 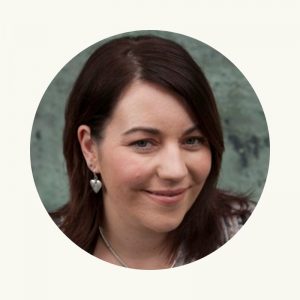