Eddie and the Show Queen – new release from Cathryn Hein

Eddie and the Show Queen – new release from Cathryn Hein 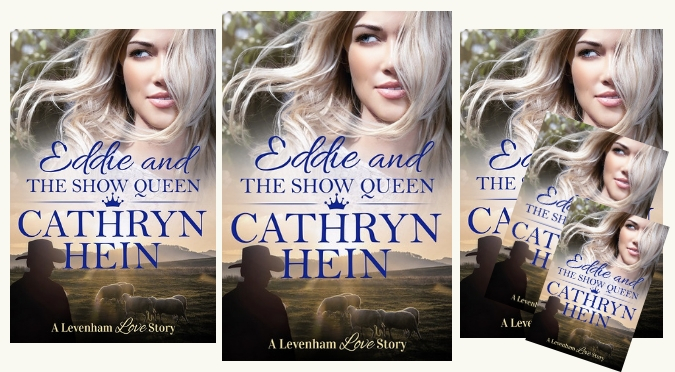 Eddie and the Show Queen 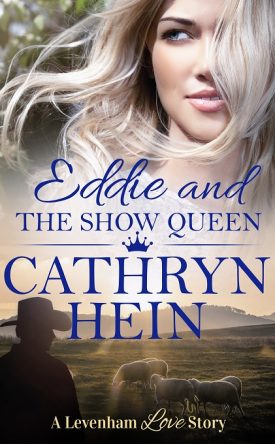 When horticulturalist Alice Lindner goads her ex-boyfriend Eddie Argyle into a fundraising contest, she doesn’t expect him to take it seriously. Winning small-town Levenham’s inaugural Wine Show crown will take dedication and hard work, and all Eddie cares about is chasing skirt. Besides, a win will be Alice’s tribute to her late mum. No way is Eddie getting his hands on the crown.

Big-hearted farmer Eddie never understood why love-of-his-life Alice dumped him. Yeah, it’d been a difficult time with her mum’s illness, but he’d loved her the best he could and losing her left him adrift. Now he has the opportunity to prove himself by winning not only the crown but maybe Alice’s heart in the process.

Will Eddie’s enthusiasm ruin Alice’s tribute and with it all hope of a second chance? Or will Alice realise that the real prize isn’t in the past but with the man who wants to be her future?

Excerpt from Eddie and the Show Queen by Cathryn Hein

Ignoring Eddie wasn’t easy when he was so big and so close. His beer was on the bar, and from the corner of her eye she could see his long fingers circling the glass. Worse, she could feel his gaze on her. Alice wished he’d go away. His presence was spoiling her excitement over Nick and Chrissy.

Her head whipped around so hard it shot a pain through her neck. ‘You what?’

‘The Show Queen thing. I entered.’

Alice could only stare. Eddie had entered? Oh, no, no, no. That was not meant to happen. The thing with the form was just to rile him. He wasn’t actually meant to go through with it.

A line formed between his brows. ‘What’s wrong?’

‘Nothing.’ She focused on the mirrored back of the bar and the fragments of stupid, silly blonde girl reflected there. Eddie was popular, good-looking and practical, and even though he’d be joining the competition a few weeks late, he was more than capable of making up lost ground. Threats didn’t come much bigger than this. ‘Nothing at all.’

‘Alice.’ He lowered onto his elbows, his deep voice hushed. Danny glanced at Alice as he continued to pour, letting her know he’d pull rank if needed. Alice was fine. Eddie would never hurt her. Not that way. ‘I thought it was what you wanted.’

He was so close she could smell him. The familiar scents of the soap and washing powder he used. Her heart sped up in recognition. Alice tightened her jaw against it. This was the man who’d taken advantage when she’d been desperate for love and understanding, then compounded the hurt by sleeping with every bit of skirt he could find after they broke up, as if Alice had been nothing special at all. She would not want him again. She would not.

‘It was. Is. The more money we raise the better.’

‘That was my take too.’ He continued to study her, and his voice lowered even further. ‘I can pull out.’

‘Why would you do that?’

His gaze flicked one last time over hers, then he straightened and shrugged.

‘Here you go,’ said Danny, setting a tray on the bar and loading it with wine and water glasses.

‘Thanks.’ Alice went to dig into her handbag and found air. She looked to her side, where it normally hung, and smacked her forehead. ‘I’m so sorry. I left my purse with Paige. Can you hang on? I’ll be back in a jiffy.’

Not waiting for an answer, she scurried off, cheeks flaming. Of all the silly things, and in front of Eddie, too. His fault. If he hadn’t distracted her with his announcement and flustered her with his concern, she would have realised earlier.

‘Chrissy went off with Nick,’ she said in response to Paige’s raised eyebrow at her empty-handed return. ‘I said I’d grab the drinks, only I didn’t have my bag.’ She scrabbled inside her purse and pulled out a fifty-dollar note.

‘Alice,’ said Paige, tipping her head to indicate behind Alice’s back.

Paige’s sympathetic smile revealed the answer. Alice closed her eyes. Of course he’d paid for the drinks. Eddie might be a man-whore, but he was a chivalrous one. Melanie Argyle had made sure of that.

He set the tray down. ‘I figured it’d be easier if I fixed it up.’

‘Thanks,’ said Alice. She thrust the fifty towards him. ‘I don’t have anything smaller.’

Eddie shoved his hands into his pockets and shook his head. ‘Don’t worry about it.’

‘I think I have change,’ said Paige, rummaging in her own purse, but Eddie was already stepping backwards.

‘Think of it as a donation. For your Show Queen fund.’

Paige stopped her rummaging. ‘The donate-to-the-favourite-cause trick, huh? Come on, Eddie, surely a man of your vast experience can sleaze better than that.’

Eddie shot her a glare then looked at Alice. ‘Good luck at netball tomorrow. I’ll see you around.’

He stomped off, hands deep in his pockets, shoulders hunched in a very un-Eddie-like way. Alice watched until he disappeared around the corner and then slumped onto her stool. Eddie was only being nice and she’d been mean. Twice now, if she added her current lack of graciousness to Monday’s silly prank. No wonder it had backfired. Karma hated a meanie.

‘Didn’t look like nothing.’ She leaned forward. ‘Alice, you’ve barely said two words to one another since you broke up and he just bought us drinks and wished you luck at netball.’

Alice toyed with telling Paige the mess she’d made and decided against it. It’d require too much explanation. Namely, why she’d goaded Eddie into joining the Show Queen competition in the first place. That would only encourage lengthy analysis and Alice would rather scrub Lindner’s customer toilets for a year than suffer a session of that.

Besides, she didn’t understand it herself.

‘It’s nothing. Really. He was just being Eddie. You know what he’s like.’

Paige humphed. ‘Maybe, but my gut tells me he’s up to something.’

Oh, he absolutely was. And Alice only had herself to blame for it.

Buy Eddie and the Show Queen

Read more about the Levenham Love Story series in our special blog post: Behind The Scenes with Cathryn Hein 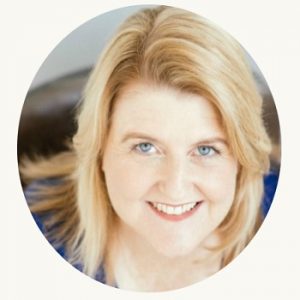 Read more about Cathryn, her books, and discover where to follow her on social media