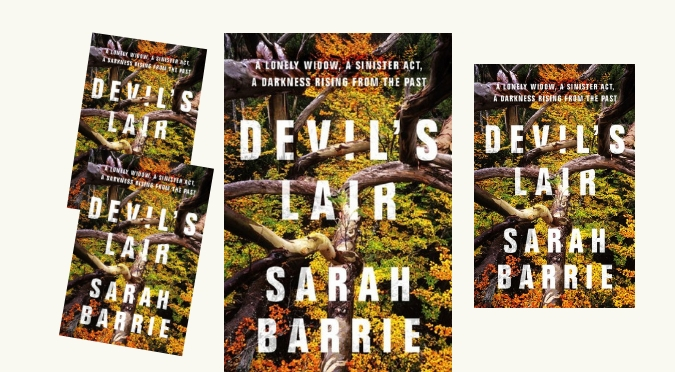 For readers of The Dark Lake and The Dry, comes this taut psychological suspense set in a dramatic Tasmanian landscape from bestselling author Sarah Barrie.

A lonely widow, a sinister act, a remote mansion with a dark past…

Devil’s Lair is out now
Read an excerpt below 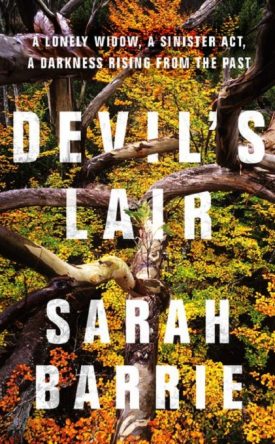 After the violent death of her husband, Callie Jones retreats to a cottage in the grounds of an old mansion in Tasmania. The relative remoteness of the place and the wild beauty of the Tasmanian landscape are a balm to her shattered nerves and the locals seem friendly, particularly horseman Connor Atherton and his siblings at the nearby property, Calico Lodge.

But all is not well: the old mansion has a sinister past, one associated with witchcraft and murder. As Callie is threatened by odd events in the night and strange dreams overtake her sleep, she begins to doubt her own sanity. What’s really going on beneath the surface of this apparently peaceful town? Are her friends and neighbours really who they seem? As events escalate, Callie starts to realise that the mansion may hold the key to unlocking the mystery, but the truth might have as much power to destroy as it does to save.

Paisley rushed in, got hold of Callie when she would have collapsed.

‘Callie, are you okay? Are you hurt? What happened? I can’t believe what I just saw.’

‘That woman was dead. And he wouldn’t deny it was him. He just said no one could know.’

‘That woman! She’s dead. Murdered. And he was scratched and he burned his clothes and there were pictures …’

‘Okay, okay.’ Paisley dragged her to a chair and clasped her fingers in her hair. ‘We need to call the police.’ She pulled her phone from her pocket, then stared past Callie back out the door. ‘Callie! Do you have anything to tie him up with?’

‘Until the police arrive. Do you have anything?’

‘Maybe in the garage.’

‘Go and look!’ Paisley’s shocked eyes moved back to Dale. ‘Go and look.’

Callie got up, then doubled over with nausea at the sight of blood spreading on the floor around her husband. ‘What if he doesn’t wake up?’

‘Seriously, Callie? What if he does? Go out to the garage, get some tape or cable ties or something. Now! Not that way!’ Paisley ordered when she somehow moved her legs and would have left through the kitchen. ‘Go through the back. I’m calling for help,’ then into the phone she said, ‘Yes, I need an ambulance and the police …’

Callie ran blindly outside, barely noticing the rain that had started to fall, swiping uselessly at her face, eyes stinging while she fought for every breath she dragged into her lungs. She scanned the garage shelves, knocked most of their contents to the ground as, hand trembling, she struggled to find what she needed. Then she found three cable ties in an almost empty pack. They would do. Still fighting hysteria, she made her legs take her back inside.

The first thing she noticed was Dale wasn’t moving. Paisley was bent over him, every muscle taut.

The expression on Paisley’s face as she dropped back from Dale to sit on the floor all but answered the question Callie was too afraid to ask. The breath clogged in her throat again, dissolving the strength in her legs. She dropped down beside her friend, drew her knees up to her chin and tried to breathe.

The soft words were barely discernible even to herself over the monotonous drumming of rain on the kitchen roof. The scene became dreamlike. The horror of the previous few minutes was incongruous with the tidy, brightly lit space, the comforting fire burning in the hearth and the lingering scent of coffee.

She glanced sideways when her friend took a while to answer.

Paisley raked her fingers through her long, blonde hair. ‘Looks like.’ Then, with a heavy sigh: ‘Hell.’

A hysterical laugh broke from Callie’s throat, loud and sharp in the quiet space. ‘I just accused him of being a murderer. Then I did this. I’m as bad as he is.’

Callie clamped one shaking hand in the other. The fire snapped, shooting out another spurt of brightly dancing lights as the laptop continued to dissolve.

The damn laptop. She should have shut it down. Shut it down, or run away. Not this. Anything but this.

‘It doesn’t matter. This isn’t real. I’ll wake up in a couple of hours and he’ll be alive. Right beside me.’

Her stomach threatened to turn inside out as reality crept in on a wave of revulsion. Without really wanting to, she looked at her husband’s prone figure. He’d fallen in an awkward, unnatural position, almost like he was running, horizontally, but his head was backwards, in a The Exorcist kind of way. And the back of that head was dented, bloody. The wineglass stem buried in his cheek glinted under the kitchen light. The pool of blood had stopped a centimetre or so from where she sat hugging her knees next to her best friend, on the polished floorboards.

‘It can’t be real,’ she repeated, just a whisper, and began to rock.

Outside, the wailing of a siren was faint but the flashing red and blue lights cut through the wall of falling water. ‘So … you should probably tell me the whole story pretty quick,’ Paisley suggested. ‘So I can back you up.’

Paisley stood, and with one last, horrified look at Dale’s body, moved to the door to open it. ‘Cops are going to want to know why he’s dead.’

‘Oh, God.’ As the shaking became tremors that rocked her whole body, Callie’s head fell onto her knees. ‘Because I killed him. I killed my husband.’

And now the 5 Big Questions… 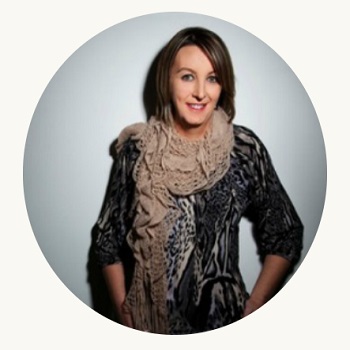 1  How long did it take you to write the book?

2  What was the most difficult or complex aspect of writing your book?

One or two of the darker scenes were difficult to write, and any scenes involving police procedure need to be researched and checked by some of my police friends, which slows my work down. The most complex part is twisting the story around enough to try and keep the reader guessing (hopefully) right until the end.

3  What gave you the most pleasure when writing your book?

4  Are you nervous when a new release comes out?

5  What’s the best thing a reader could do if they enjoyed your book?

Review! And connect on social media. I love to hear from my readers.

Subscribe by email to our occasional blog posts – and never miss a new book release!